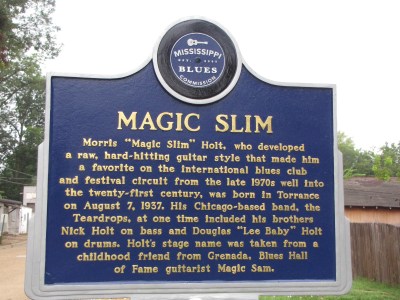 Morris “Magic Slim” Holt, who developed a raw, hard-hitting guitar style that made him a favorite on the international blues club and festival circuit from the late 1970s well into the twenty-first century, was born in Torrance on August 7, 1937. His Chicago-based band, the Teardrops, at one time included his brothers Nick Holt on bass and Douglas “Lee Baby” Holt on drums. Holt’s stage name was taken from a childhood friend from Grenada, Blues Hall of Fame guitarist Magic Sam.
Magic Slim and his namesake Magic Sam each created a deep and instantly identifiable approach to the blues, and although their styles differed, both guitarists shared similar influences from their early days in Grenada. They both sang in church and learned to play country music, which was more prevalent than blues on the radio in the 1940s, and both shared a fascination for John Lee Hooker’s 1949 blues hit “Boogie Chillen.” Slim and Sam were also both born in areas that are now submerged beneath Grenada Lake. Magic Slim was born on a farm in Torrance, a former sawmill town in Yalobusha County, and moved to Grenada with his family when he was about eleven. The Holt family lived at 818 Union Street, and Slim’s mother ran a cafe down the street.
Magic Slim’s first instrument was a church piano, but he and his brother Nick Holt also played a homemade one-string guitar fashioned from a wire nailed to the wall between two bottles. Slim learned some guitar from his uncle, Walter Miller, who played “Roll and Tumble Blues,” and sometimes sat beneath the trees playing guitar alongside his friend Sam Maghett. After Maghett assumed the name Magic Sam (to rhyme with his surname) in Chicago, he bestowed the name Magic Slim upon Morris Holt. In Grenada, Magic Slim was also inspired by performances he saw in the 1950s by Rufus Thomas, Willie Mabon, and particularly by the guitarists who played in Slim Harpo’s band. Magic Slim had tried his hand in Chicago in 1955 but found his skills weren’t up to par for the city’s competitive blues scene. He returned to Grenada and taught his brothers Nick (1940-2009) and Douglas “Lee Baby” (1944-2006), performing with them during the early 1960s in Grenada, Charleston, Minter City, and other Delta towns at juke joints that often charged twenty-five cents at the door while he helped his stepfather haul and sell wood and homebrewed whiskey.
After returning to Chicago around 1965 with new confidence and control of his instrument, Slim played with Robert “Mr. Pitiful” Perkins & the Teardrops, and took over the band after Perkins left, recording with them for the local Ja-Wes label. His act continued to grow more powerful and exciting until, by the 1980s, Magic Slim & the Teardrops were widely regarded, at home and abroad, as the quintessential Chicago blues band. Their trademark sound was based on Slim’s ability to turn almost any song into a churning blues shuffle driven by stinging guitar licks. With a repertoire of hundreds of songs, he was able to record dozens of albums beginning in 1976. He began touring Europe in 1978 and simultaneously developed a fanatical following in Lincoln, Nebraska, a college town that proved so receptive that Slim later moved there with his family when they tired of ghetto life in Chicago. Magic Slim won his first W.C. Handy (Blues Music) Award in 1981 and was nominated more than forty times during the first three decades of the awards.
content © Mississippi Blues Commission
This marker was unveiled on July 25, 2011. Magic Slim passed away on February 21, 2013. He was 75. 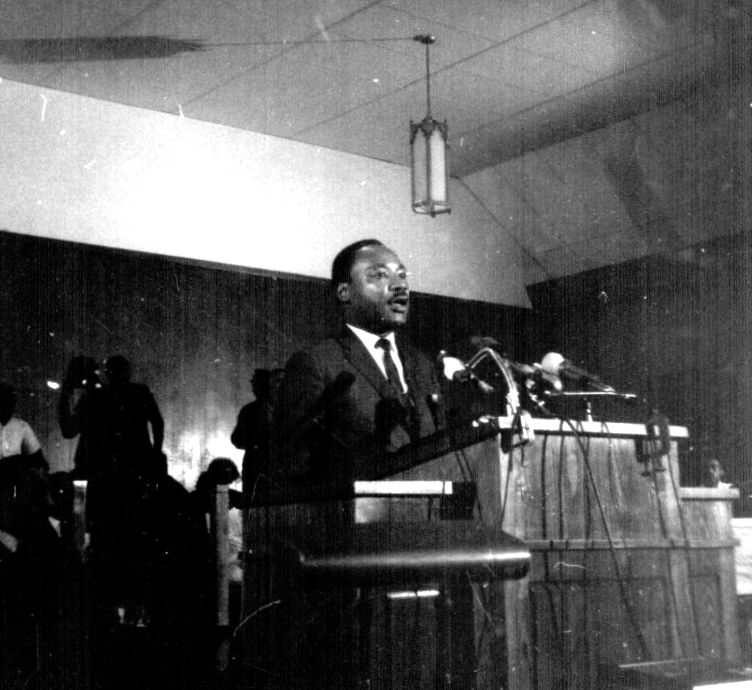 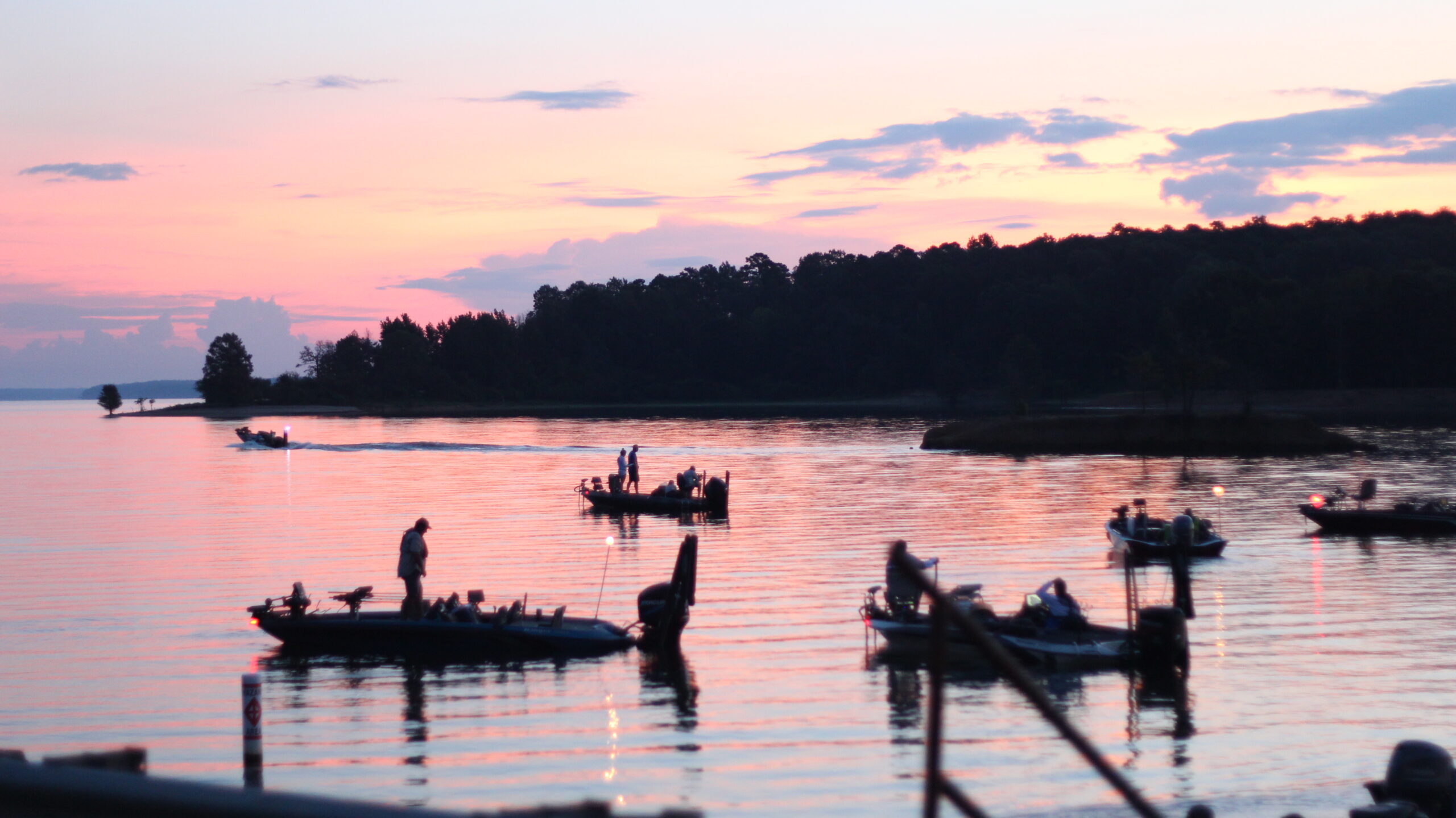