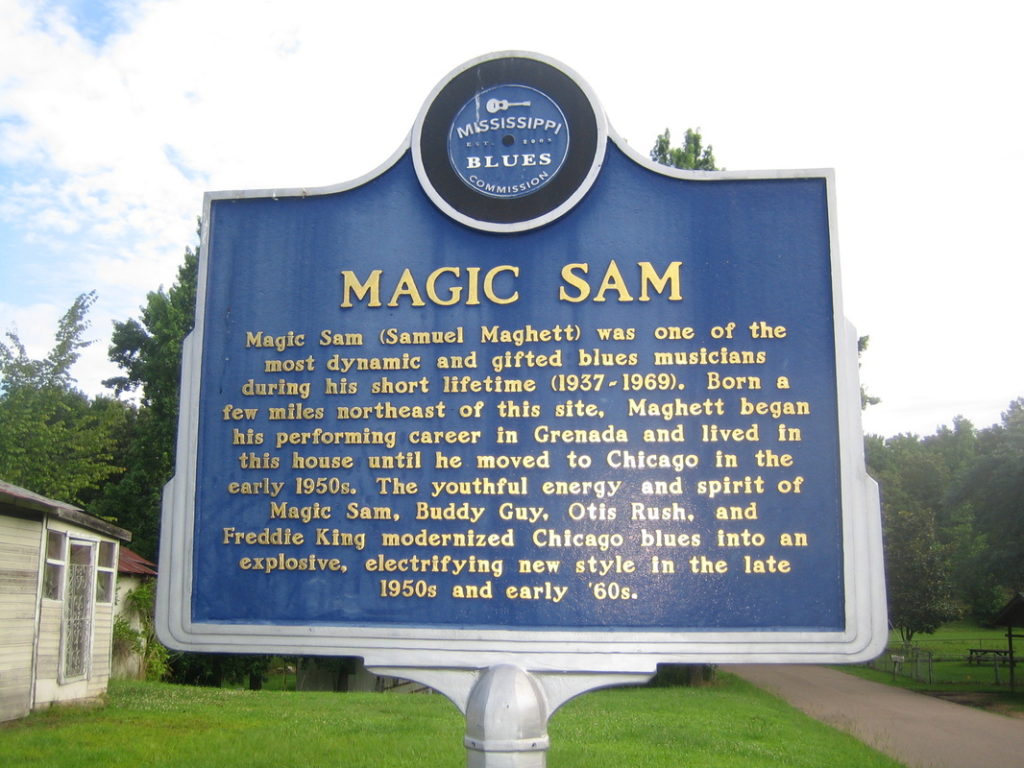 Magic Sam (Samuel Maghett) was one of the most dynamic and gifted blues musicians during his short lifetime (1937-1969). Born a few miles northeast of this site, Maghett began his performing career in Grenada and lived in this house until he moved to Chicago in the early 1950s. The youthful energy and spirit of Magic Sam, Buddy Guy, Otis Rush, and Freddie King modernized Chicago blues into an explosive, electrifying new style in the late 1950s and early ’60s.
Magic Sam, unlike most of his blues contemporaries, was born and raised in a community where fiddle music, hoedowns and square dances held sway over the blues among the African American population. Roy Moses, a renowned black fiddler in Grenada County, was not only the leading caller of steps at such dances, but also a mentor and inspiration to younger local musicians. Samuel Maghett carried these musical influences with him to Chicago in 1950. Blues guitarist Syl Johnson, who later became a nationally known soul singer, recalled that Sam was playing “a hillbilly style” at the time, and Johnson began teaching him blues and boogies. Sam developed a house-rocking blues style unparalleled in its rhythmic drive; it may well have had roots in the dance tempos of the reels and breakdowns he learned in Grenada.
Magic Sam was better known, however, for the heartfelt vocals and stinging guitar work of his 1957-58 blues recordings produced by Willie Dixon for the Cobra label in Chicago such as “All Your Love” and “Easy Baby,” some of which featured another Grenada native, Billy Stepney, on drums. Sam’s singing reflected another early influence, that of the church. During the ‘50s he often returned to visit and perform in Grenada, where he was credited with helping to popularize the blues. Sam and his combo won a local talent contest at the Union Theater which enabled them to compete on a show in Memphis promoted by WDIA radio. After performing under several stage names, he settled on “Magic” Sam–to rhyme with his surname.
In Chicago, Sam was at the vanguard of a new West Side blues movement. He remained a popular nightclub act during the 1960s and was poised to take his career to a new level, after recording two acclaimed albums for Delmark Records and turning in legendary festival performances in Ann Arbor, Michigan, and in Europe, but he died of a heart attack on December 1, 1969. His music has continued to influence generations of blues, R&B, and rock musicians.
Magic Sam’s birthplace now lies submerged beneath Grenada Lake. The Redgrass and Hendersonville communities where he spent his earliest years, along with the former town of Graysport, were flooded in the late 1940s to create the lake as a flood control reservoir. The Maghett family relocated here to the Knoxville community, where Sam resided until he was thirteen. Maggitt Street, just south of this site, represents one of many local variations of the family surname. 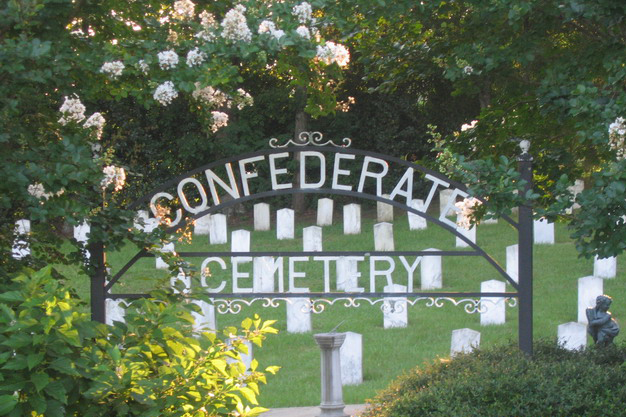